In this article, we look at Chorus effect, some plugin examples, and how to use them.

What is Chorus effect

Chorus effect is the sound of 2 or more sources with close to the same pitch and time playing perceived as one. A choir or a string ensemble are examples of chorus effects. Not 2 instruments are played 100% alike but close enough to sound like one.

What is it used for

Chorus is used on any sound that benefits from the excitement it creates. It makes everything shine and sound bigger but should not be overused.
The amount of effect to use depends on taste and genre but today obvious chorus is not as modern as it has been.

Double tracking the same vocals several times for important lead parts is a widely used technique for making vocals sound bigger. Record the close-to-same performance more than once gives it a time and pitch variation that sounds more interesting but still as one.
Just copying the same vocal and time delay it only shifts the time and pitch but with no variation.

In digital math chorus is fairly easy to make compared to reverb.

Effects can be used in serial or parallel DAW setups:

Here are short descriptions of some good free plugins that work well in your DAW. 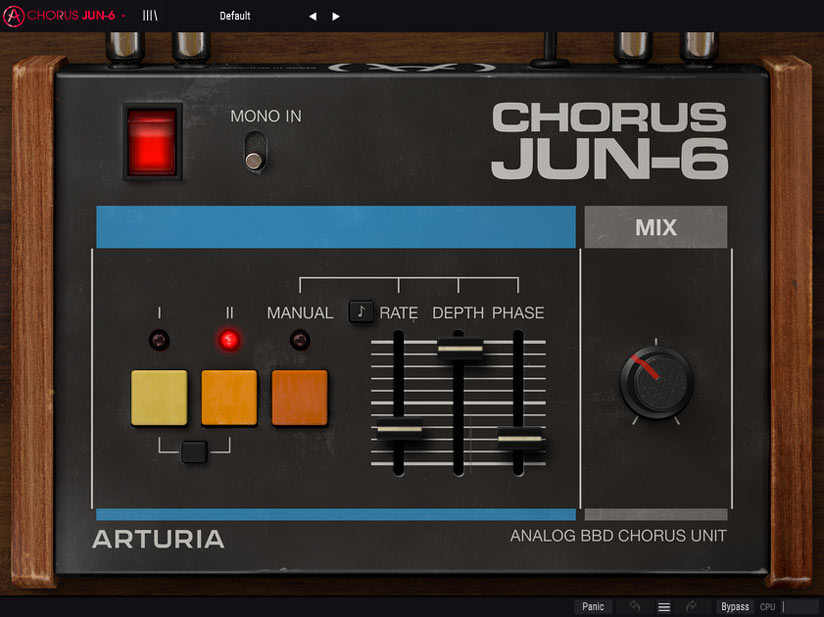 The latest arrival on the chorus plugin scene is Arturia Jun 6 Chorus.
A famous analog BBD chorus design from '69. Originally built into the Roland Juno 60 Synthesizer from September 1982. It has the usual 3 modes but also added manual control for non-standard sound. 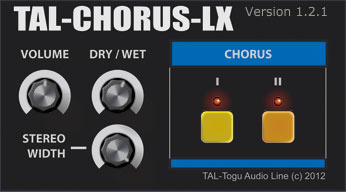 Like the Arturia Jun 6, this is also a Juno 60 modeled BBD chorus. Like Jun 6 it is free. It thas the 3 modes. Mode I, II, and both and a width button that really makes a difference. 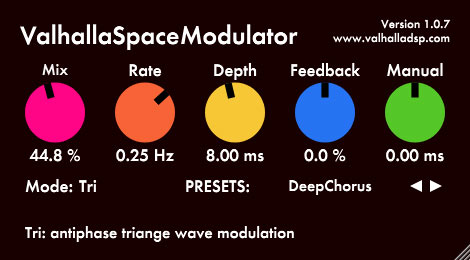 The simpel Valhalla Space Modulator plugin is one of the free Valhalla plugins.

This no fuzz plugin is good for chorus effects and it is free.
Simple preset selection of programming yourself and get on with it. 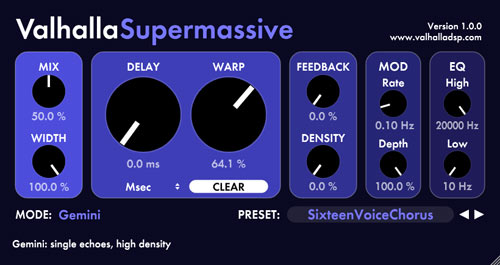 Supermassive is one of the greates free delay- and modulation plugins out there.

Here is the payed plugins from out test

If you spend some money you get better and more versatile plugins and here is a list of the ones we have tested for this article. 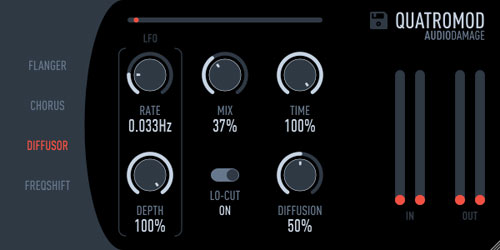 A versatile and CPU friendly Audio Damage modulation plugin.
Probably one of the best chorus plugins.

This is a great modulation plugin, CPU friendly but good. 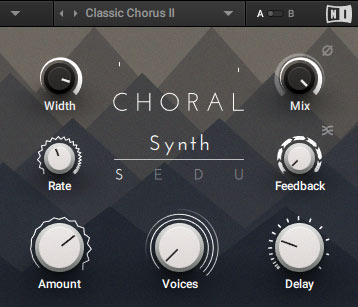 A versatile series with all you really need in modulation effects from vintage, classic to modern.

EchoBoy is probably the greatest and deepest echo processor but it is also a potent modulation effect processor.
It has extensive editing features for shaping the sound.
The plugin is not the lightest on the CPU and it has a short latency but still is one of our choices for a single "all you need plugin".

Valhalla Delay is the latest high-end plugin competing with Sound Toys Edhoboy and has features that EchoBoys does not have.
With short times it does nice modulation effects for widening or giving more impact to vocals or instruments in the mix.

Experiment with low delay times and modulation for modulation effects.

As shown in the performance image below, even chorus plugins has a wide range when it comes to CPU usage. Most of them have zero latency and 2 of them have latency. Ther are all ok but NI Choral is relatively heavier than the others but it also sounds good. 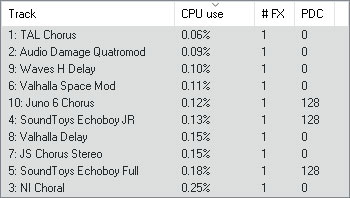